Review of The Sennheiser Momentum 3 Wireless

The Sennheiser Momentum 3 Wireless is a luxuriant noise-canceling headset, which is made painfully obvious by the $400 price. Sennheiser relies on its mature design and audio engineering expertise to make the new Momentum Wireless stand out from the sea of capable ANC headphones. Time to find out if these expensive headphones are worth the money, or if you’re better off with something more pedestrian. Here is a Review of The Sennheiser Momentum 3 Wireless.

Review of The Sennheiser Momentum 3 Wireless

1. Design of The Sennheiser Momentum 3 Wireless The Sennheiser Momentum 3 headphones are not for shrinking violets. They’re big over-ear cans in a size only a Cyberman would consider subtle and chic. The ear cups are made of plastic with soft, pillowy leather surrounds that entirely encase your ears. If you’ve got a small head, the Momentum 3 will likely threaten to engulf it in its entirety. OK, maybe that’s an exaggeration, but make no mistake, everyone will notice you’re wearing these headphones.

Size aside, the design is modern and classy. The combination of black leather and brushed metal is a classic, and it gives the headphones a sophisticated look. They are the exact opposite of brands like Beats and Skullcandy, and up there with Bang & Olufsen’s Beoplay in terms of both quality and maturity. The length adjustment is simple, just pull on either cup to raise or lower it, and there are no clicks or ugly breaks in the hanger when they’re extended either. It’s such a neat solution.

The curly wires leading up from the cups to the hanger will split opinion, and it’s perhaps a little surprising they’re not hidden away, but the trade-off comes in the stainless steel sliders that hold the cups to the frame. These ultra-thin blades look very cool and are easy to get in the right position. Most importantly, once you find this setting, they stay put. The cups gripped our glasses a lot though, which can be annoying.

Despite the size, they don’t feel heavy once they’re on. The well-designed, substantially padded hanger ensures the weight is evenly distributed, so the headphones never push down on the top of your head. We consider our head to be of normal size, and the Momentum 3 doesn’t tightly grip it, which would quickly result in fatigue. They fit securely and don’t shift around when out walking. However, they aren’t really suitable for exercise.

We have to take our hat off to Sennheiser, here. The Momentum 3 are some of the best-sounding consumer headphones we have ever heard in life. Seriously, We could listen to someone rustling a bag of Doritos through these ‘phones, and we’d still be impressed. They’re that good.

Now, because they are consumer headphones, the sound is not going to be “flat” (i.e., the bass, mid, and treble ranges aren’t all at the same volume level). This is a feature you would expect with a pair of monitor headphones. (You can find out more about in-ear monitor headphones, and what monitor headphones do, here). As a result, one or more of those ranges will take up the soundstage over the others.

As a result, the mids and trebles aren’t as loud, but that isn’t to say that they were drowned out by bass frequencies. Metal sounds good, with the vocals punching through the rest of the lovely racket, and top-end drum sounds are crisp and nicely defined. Less abrasive music (in this case, Beck’s folky Morning) does struggle a tad. This isn’t a problem, though, as we can just dip the bass down using the app’s equalizer, bringing the mids and tops forward. Sennheiser claims a battery life of around 17 hours for the Momentum 3 wireless headphones, which in itself is much less than the 30 hours claimed by Sony’s impressive WH-1000MX3 headphones. In our experience, we were probably getting anywhere between 12-15 hours of use, partly because of our chosen level of ANC and also because the headphones would switch on and connect to the previously paired device accidentally. How? Well, because there is no actual power button on the Momentum 3, the headphones switch off when you close them up. Unfortunately, they also switch on when they open up by a short distance which means you lose some battery life if you aren’t diligent. You also need to remember to close in the right earcup first to minimize the chances of it powering the headphones up accidentally. A feature that a lot might find important with these Sennheiser Momentum 3 headphones is the ability to call without having to have one of those weird microphone attachments.  And Sennheiser does a very good job at this with their microphones even though this microphone doesn’t consist of the 3-microphone array that the likes of Jabra Elite 65 E came with.

While The Sennheiser Momentum 3 Wireless is priced directly on par with its competitors, it has a few tricks up its sleeve that the others don’t. Having a built-in EQ will be a lifesaver for some, and being able to fold up into a compact little package is vital for the seasoned road warrior. With this in mind, although the headphone is now entering its third incarnation, it has come out swinging hard and fast – and shows no signs of slowing down. If you’re looking for premium noise-canceling headphones and aren’t entirely satisfied with the sound of the Bose offerings, this is an essential audition. 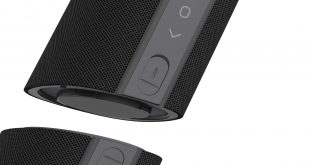 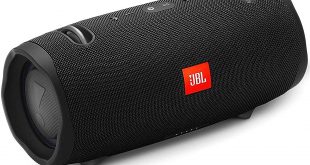